Toward healing divides, doctoral graduate focuses on education and language

Editor's note: This story is part of a series of profiles of notable fall 2020 graduates.

Arizona State University student Young Wha Lee has been a champion of friendly Korean-American relations for much of her adult life.

Born and raised in Jeonju in Jeonbuk Province, Republic of Korea (South Korea), Lee completed her undergraduate study in English language and literature at Sookmyung Women's University in Seoul. She supplemented her language study with exposure to American culture and politics through a visit to the U.S. sponsored by the Korean American Sharing Movement’s Washington Leadership Program. She was nominated for the opportunity by the Leadership Development Institute of her university.

The KASM’s Washington Leadership Program – which is distinct from an identically named one focused on the South Asian diaspora – brings “motivated North Korean defector and South Korean students to Washington, D.C., to develop leadership skills, experience government and history, and learn how to effect change on the Korean Peninsula,” according to its website.

Something about this joining of cultures and healing of divides spoke to Lee, who embraced deep learning about politics, economics, media, public health, history and culture on the trip. “I was able to visit U.S. institutions such as the Capitol, Pentagon, Supreme Court, World Bank, National Press Club, National Institutes of Health, and Library of Congress,” she said. “I felt the presence of the Founding Fathers in this heart of American democracy.”

Lee’s keen interest in American culture and history motivated her to become an exchange student in the U.S. at the University of Montana. There, she became vice president of the Korean Student Association – one of her first forays into helping each culture appreciate the other. After completing her bachelor’s degree, she enrolled at the University of Pennsylvania, where she served as president of the Korean Students Association in that university's Graduate School of Education (GSE), this time while completing her master’s degree. She also assisted with administrative work as an intern at the Embassy of the Republic of Korea in Washington, D.C.

“As I have experienced life in the U.S. in these recent years,” she said, “I have learned that my country and the U.S. share many important values, e.g., freedom, liberty, as free countries. I cherish the traditions based on these values in both countries, and I hope the friendship between my country and the U.S., particularly strengthened since the Korean War, thrives.”

Lee’s desire to encourage functional and open communication between cultures led her to study language and identity. This fall, Lee completed her PhD in linguistics and applied linguistics at ASU, where she focused on the benefit of teachers incorporating aspects of their own identities into the second-language writing classroom. Lee successfully defended her dissertation on Nov. 6.

As she studied, she also taught, weaving theory into her own pedagogical practice. For her outstanding teaching and scholarship, Lee was recognized this past spring with the Graduate and Professional Student Association’s Outstanding Research Award, and this fall with its Teaching Excellence Award. She has also received honors from ASU’s Department of English throughout her ASU career, including the Marvin Fisher Book Award (2014), the English International Graduate Student Book Scholarship (2015), the Outstanding Paper on Second Language Writing Award (2019), and several research and travel grants.

Lee has done all this while maintaining her taekwondo practice, which she said, “has helped me strengthen my body and mind during my doctoral study.” She finds the discipline also gives her an opportunity to practice more cultural appreciation. “When we salute the national flags of the Republic of Korea and the U.S. after each day’s taekwondo training,” she said, “I feel blessed to live in these two countries.”

We spoke more to Lee about her research, teaching and service at ASU and beyond. 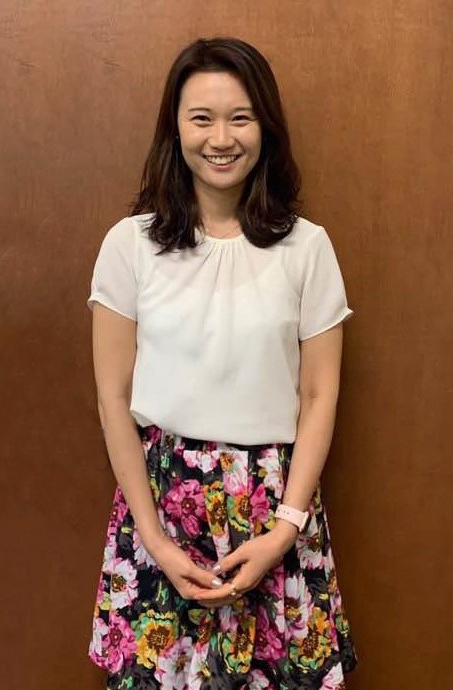 Question: What was your “aha” moment, when you realized you wanted to study in your field?

Answer: There was no dramatic “aha” moment, but there was gradual progression for choosing my doctoral program. I majored in English language and literature with a minor in education for my undergraduate study. I also studied Teaching English to Speakers of Other Languages for my master’s program. So, I have been in the area of English language teaching. When I decided to pursue my doctorate, my undergraduate adviser suggested studying second language writing – a subfield of applied linguistics – as a promising field. The field has provided me with the context where I delved into the issue of “identity,” and I explored the identities of second language writing teachers for my dissertation.

Q: What’s something you learned while at ASU — in the classroom or otherwise — that surprised you, that changed your perspective?

A: During my time at ASU, I have learned that there are a variety of perspectives not only in people’s scholarly work, but also in their real lives. Based on various factors such as disciplinary backgrounds, personal history, life philosophy, or previous experiences, people make arguments and decisions, so I have learned to understand the existence of this diversity. I can see and respect others as unique individuals.

Q: Why did you choose ASU?

A: When I searched the suitable doctoral program for my research interests in second language writing, I learned that ASU has a large Writing Programs (selection) in the English department and prominent faculty members in the field of applied linguistics. When I heard that I was accepted for the doctoral program with a teaching associateship from the school, I was overjoyed. I felt grateful for the opportunity to study and teach at ASU.

Q: Which professor taught you the most important lesson while at ASU?

A: I learned the most from my adviser, (Associate Professor) Mark A. James during my study at ASU. Discussing my research with him has been the most enjoyable, insightful and productive time of my doctoral days. Particularly, I have not only learned all about research methods, but I also paid extra attention to research ethics and practical issues of the research process. Dr. James is known for his generosity and kindness among my peer groups, and I felt grateful to work with him as my adviser. In mentoring students, he focuses on the critical role of language in aiding the creation of knowledge as well as in the transmission of that knowledge. I want to do that for my students as well.

Q: What’s the best piece of advice you’d give to those still in school?

A: Academia can be an exciting and rewarding place for personal development, but at the same time, it can be challenging and difficult, as there is a lot of pressure to produce and succeed. I took one year of leave during my doctoral study, and I reexamined my life goals. I think having a clear academic goal is important, so I’d like to encourage current students to consider goal-setting as a way to inspire and motivate their academic journey.

Q: What was your favorite spot for power studying?

A: During the pandemic, I have stayed at home every day. This became my favorite place for intensive studying. I used to like to study in Ross Blakley Hall, the home of the English department. I liked our building, which provided wide spaces and several options for studying — quiet hallways, reading rooms. Looking outside at the nice view of the ASU campus was soothing. I also felt great when I walked around the intramural fields next to our building for light exercise after studying.

Q: What are your plans after graduation?

A: I will continue to teach and conduct research at the university.

Q: If someone gave you $40 million to solve one problem on our planet, what would you tackle?

A: If “social divisions” can be considered a single problem, then this would be the issue I would choose to resolve. In light of recent social issues, based on divisive ideologies in the world, I believe this would be an important area on which to focus in order to actualize certain values of truth, freedom, and justice. I would seek ways to minimize the chaos in our society.