A Pulitzer Prize-winning investigative reporter and a leading voice in the national conversation on racial justice and police reform said he has no problem being called an activist as long as he isn’t labeled an advocate. 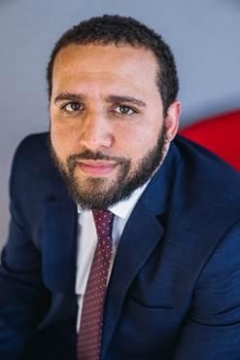 The conversation was moderated by the Cronkite School’s Vanessa Ruiz, director for diversity initiatives and community engagement. Ruiz said Lowery’s reporting on race and criminal justice in the past few years has set a high benchmark on how these critical topics should be discussed.

“I am thrilled that Wesley Lowery, a powerful voice among a new generation of journalists, will be at Cronkite connecting with our students,” said Ruiz, an Emmy Award-winning broadcast journalist who teaches ethics and diversity. “At a time when a social reckoning can no longer be denied, his multiplatform journalism already has an inspiring track record. Attendees can expect an honest, authentic and thought-provoking conversation.”

In addition to America’s racial divide and police reform, Lowery’s hourlong discussion touched on a variety of topics including winning a Pulitzer Prize at age 25, newsroom politics, objectivity vs. identity, the role of social media and advice for journalism students.

Lowery said his Pulitzer Prize for The Washington Post’s 2015 “Fatal Force” project, a database of all fatal shootings nationwide by officers in the line of duty, stemmed from timing, hard work and the deaths of Michael Brown, Tamir Rice, Eric Garner, Freddie Gray, Walter Scott and Sandra Bland.

“This was a story that was an all-out sprint, and it was overwhelming, and it was politically charged,” Lowery said. “Everyone was mad at you no matter how you reported it or what you did. There were land mines everywhere. You have to learn those things on the fly. … And so by the time you get to the 2016 Pulitzers, it felt validating and there was an ability to exhale after doing so much work.”

Lowery said he wrote “They Can’t Kill Us All: Ferguson, Baltimore, and a New Era in America’s Racial Justice Movement” in 2016 so the public could understand the scale of police violence in the United States.

Lowery said despite his Pulitzer, he still had to lobby his editors hard for stories he believed were worthy of coverage.

“We’re at a place – The Washington Post – and I’m not the only one with some hardware in the room,” Lowery said. “And so it certainly doesn’t become a carte blanche to do things. There was one project (“Murder with Impunity”) that I had to lobby for more than a year for us to do that project.” That project, an unprecedented look at unsolved homicides in American cities, was a finalist for the Pulitzer Prize in 2019.

Lowery also covered the Ferguson, Missouri, protests for The Post and reported on the murder trial of the NFL’s Aaron Hernandez and the manhunt for the Boston marathon bombers while with The Boston Globe. He was hired by CBS in February 2020. In addition to his duties at CBS News, Lowery contributes to “60 at 6,” a “60 Minutes” spinoff series. He is also a contributing editor to The Marshall Project, a nonprofit organization whose mission is to sustain a sense of urgency around the nation’s criminal justice system.

Lowery said his involvement with The Marshall Project is to ensure quality journalism at the local level survives.

“(The Marshall Project) presents a space for donors and people who are civically minded to help fund the type of quality journalism on issues that really matter that they might not normally get in their daily coverage,” Lowery said. “It’s really sad to see the way that local news has been gutted.”

The nonprofit initiative also gives Lowery an opportunity to work with undergraduate and graduate students on their investigative journalism skills. His advice to them, he says, is fairly straightforward.

“This is a field where you learn by doing. Journalism is a trade as much as it is an academic profession,” Lowery said. “You learn by putting in the repetitions. I always encourage students to start putting those repetitions in as soon as possible.”