Every bookworm in Phoenix knows that one of the best ways to ride out triple-digit temperatures is to chill out indoors with a good summer read. And for one of Arizona State University's newest faculty members, Assistant Professor Brandi Adams, reading is always top of mind.

Adams is one of a cluster hire of faculty who will work both under the Department of English and the Arizona Center for Medieval and Renaissance Studies. Her many scholarly interests include book history, the history of reading and the early history of artificial intelligence, early modern automata and how studying literature can have an impact on computing.

“I’m super excited to get to work with this group of amazing scholars, people who I absolutely love, like Ayanna Thompson and Dean of Humanities Jeffrey Cohen,” Adams said. “It’s a fantastic group to be a part of.”

Prior to coming to ASU, Adams served as an undergraduate program manager at the Massachusetts Institute of Technology and in several roles at the University of Maryland, where she received a PhD in English literature. In her work in early modern and Renaissance studies and literature, she presents a history of reading and books as told through early plays published in England during the 16th and 17th centuries.

This fall, Adams will be teaching an introductory course on literary criticism. But while the mercury is still rising, ASU Now sat down with her to learn more about what it means to study the history of books and reading, and also get some stellar summer reading list recommendations.

Editor’s note: The following has been edited for length and clarity. 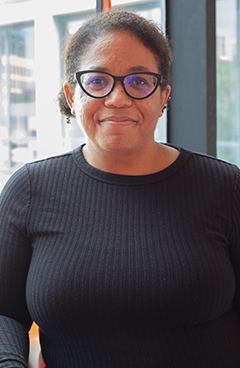 Question: What does it mean to study the history of reading?

Answer: To me, the history of reading is sort of like a history of interactions. When I was an undergrad, I took a class in 17th-century English literature. The professor introduced us to books from that time period, medieval books, and also some early modern books. And I just really became interested in the physical book, how we make them and interact with them, writing notes in the margins and underlining things. I was also interested in how books appeared in fictional works like plays, and how writers and thinkers of the time articulated their feelings about books.

Often, people who study medieval literature and reading look specifically at how a certain group of people read; so, how women read, how nuns read, how monks read or how political figures read. The people I’m interested in are 16th- and 17th-century folks who come from mostly middle-class backgrounds. Folks who were going to university for the first time as a group. They changed the way people read because they were suddenly able to interact with these classical texts they hadn’t had access to before, and they put their own interpretations on them and also used them for their own purposes. People began to use reading to forward political acts, reflect on personal matters and even to effect change.

Q: Could you give an example of how that kind of interactive reading played a role in people’s lives from another time in history?

A: You could think of graffiti from Roman times, where people were commenting on what was going on politically, as a type of reading. Where you’d have someone make a comment on a political situation and then someone else would come along and make their own graffiti in response.

Q: How about the history of artificial intelligence and literature’s impact on computing; how do those subjects fit into your scholarship?

A: That actually is a result of my career before deciding that I wanted to become a faculty member. I worked as an academic adviser in the computer science department at the University of Maryland, and I also worked in electrical engineering and computer science at MIT. I would have conversations with faculty members about some plays where I noticed machines that reminded me of things they would talk about in their work. So we would get into conversations about whether or not they considered what was in the plays to be artificial intelligence. In one of the plays I study, “Friar Bacon and Friar Bungay,” (a late-16th-century comedy written by Robert Greene) two characters are trying to build something called the brazen head, which is a talking artificial head made of brass. It is, in my mind, an AI robot. And there’s a lot of history of automata and robot-like machines that goes all the way back to ancient Egypt, Rome and Greece. So computing is not a new phenomenon. And I think there’s a relationship between language and the rhetoric of computing that we need to think about a little more carefully.

Q: Is there anything exciting you’re working on right now you can share about?

A: Yes! I also work on what is called premodern critical race studies. So I’m interested in how that intersects with the history of reading. Right now, I’m working on a chapter for a collected volume on the relationship between premodern critical race theory and book and reading history. I also have very tentatively started my first book, which will go into the history of reading in early modern drama, so Shakespeare and his contemporaries. There’s a group of plays in particular I work on called the Parnassus plays. They’re about university students who graduate and can’t find jobs, and they use the language of the books they read at university, all this sophisticated reading they did, to communicate their despair about not being about to find long-term employment. I make the argument that the play itself is a reading of the classical poet Juvenal, a satirist who made scathing interpretations of political climates that aren’t welcoming to people who are trying to change their station in life.

Q: What are you reading right now, and/or do you have any suggestions for folks to add to their own summer reading list?

A: I’m so happy that I might actually get a chance to read some fiction this summer! I’m perpetually behind, but one book I’m looking forward to reading is “American Spy,” by Lauren Wilkinson. It’s an espionage book, so I’m excited about that. I also want to finally read the “Broken Earth” series by N. K. Jemisin. It’s a three-volume sci-fi series. Then there’s “Pachinko,” by Min Jin Lee, about a Korean family who immigrates to Japan. I also want to read “The Old Drift,” by Namwali Serpell. It’s about how the lives of three families in what is now Zambia intersect over several generations.